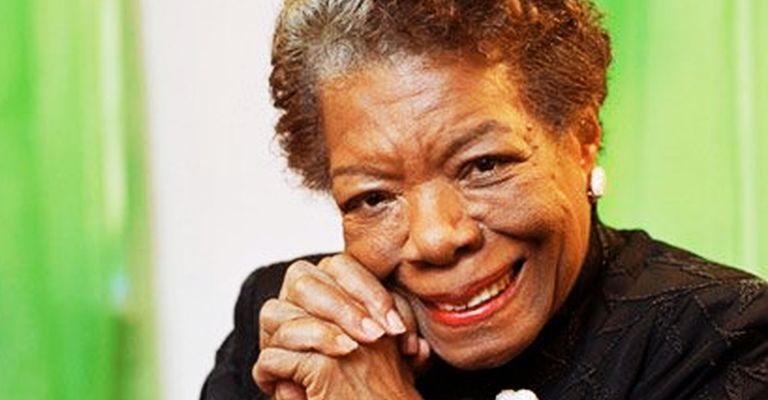 Her first book — the first of seven volumes of autobiography — I Know Why the Caged Bird Sings, was published in 1969 and told the story of her life up to the age of seventeen. It was an immediate sensation and has become a classic of American literature.

She was born as Marguerite Johnson, and was called Maya in the family.

When her parents’ marriage ended when she was three years old she was raised by various relatives. Angelou eventually wound up living with her mother and her new stepfather who sexually abused and raped her when she was eight years old.

After Angelou told family members about her stepfather’s abuse he was murdered, presumably by her family.

In her teens and early adulthood Angelou spent time as a sex worker. She had a son at the age of seventeen. Five years later she married a Greek electrician named Tosh Angelos. The marriage didn’t last but she kept a variation of Angelos’s name when she began performing in San Francisco as a calypso singer and dancer.

She and her son lived in Egypt and Ghana where she worked as an actor and also wrote for local newspapers. After returning to America and resuming her singing and dancing career she was approached to write an autobiography, which became I Know Why The Caged Bird Sings. 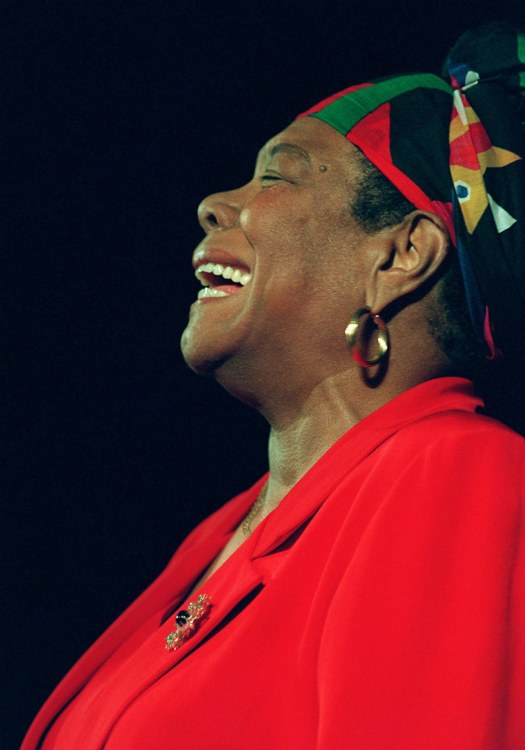 In 1993 she read one of her poems, On the Pulse of Morning, at the inauguration of Bill Clinton, providing the most moving moment of the occasion.

On the day of her death President Barak Obama said in a statement, “Today, Michelle and I join millions around the world in remembering one of the brightest lights of our time — a brilliant writer, a fierce friend and a truly phenomenal woman,” adding, “She inspired my own mother to name my sister Maya.”