Sir John Suckling, poet, playwright, playboy and the inventor of cribbage, was born on February 10, 1609. His father was Secretary of State under King James I and Comptroller of the Household of King Charles I. He died when Suckling was only 18, leaving him a vast fortune and a large estate.

Suckling was sent by Charles I on diplomatic missions to the Netherlands at a young age and was knighted at the age of 21. He had a brief military career, studied at Trinity College, Cambridge (but left without a degree) and studied law at Grey’s Inn but was not called to the bar.

Suckling loved court life and loved spending money on clothes and parties. When he had to raise an army for the king’s Scottish wars he spent more care on the soldiers brightly coloured uniforms than on their provisions, which drew ridicule from fellow aristocrats.

The incident also led to a humorous poem, “On Sir John Suckling’s most warlike preparations for the Scottish war,” lampooning Suckling. Some people suspect Suckling wrote it himself.

Although he wrote poems that were circulated around court and much admired (and plays that were performed before the king, to less success) his work wasn’t published until five years after his death.

He is mostly remembered today for “Ballade upon a Wedding” and for the somewhat world-weary lyrics, written in the style of John Donne: “I prithee, send me back my heart,” “Out upon it, I have loved three whole days together,” and “Why so pale and wan, fond lover?”

Suckling’s greatest passions in life however weren’t literary. He loved gambling and playing card games (not always honestly) and spent hours alone every day working out probabilities. He was also thought to be the greatest bowls player in England.

He invented the card game cribbage, adapting it from an earlier game called “noddy.” To introduce the game he had elegant decks of cards sent to all of the fashionable country houses which he then visited to teach the new game.

Secretly, Suckling had all of the cards marked and won vast amounts of money. I’m still not sure how that was a selling point for the game!

John Aubrey has a wonderful chapter about Suckling in his Brief Lives that is great fun to read.

“Sir William Davenant (who was his intimate friend and loved him intirely) would say that Sir John, when he was at his lowest ebbe in gameing, I meane when unfortunate, then would make himselfe most glorious in apparell, and sayd that it exalted his spirits, and that he had then best Luck when he was most gallant, and his Spirits were highest.” 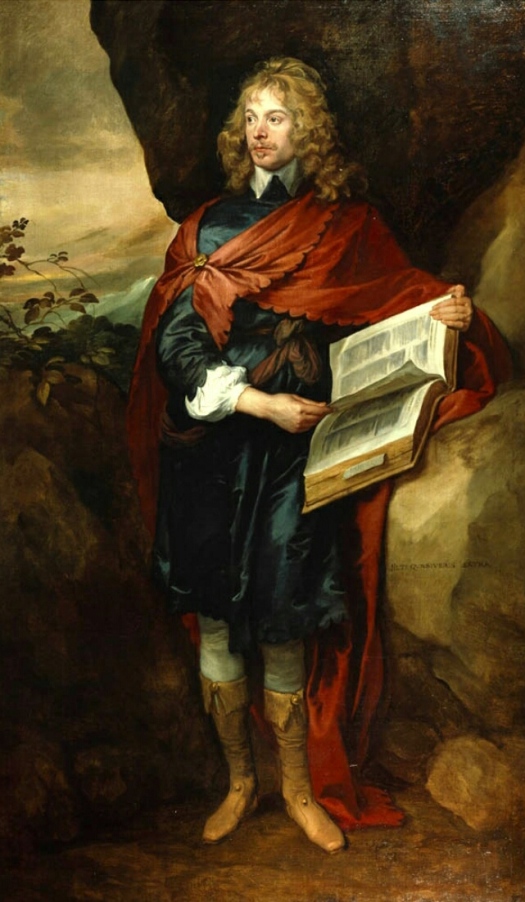 Political intrigue, gambling debts and perhaps a jealous husband of one of his lovers forced him to flee to France in 1641, where he died at the age of 32. It is speculated that he swallowed poison rather than be faced with a life of poverty.