Sir Anthony Hope Hawkins, who wrote under the name Anthony Hope was born in London on February 9, 1863. Hope was a prolific and versatile writer who is known today for two influential adventure novels, The Prisoner of Zenda and its sequel Rupert of Hentzau.

Both novels are set in the fictional mitteleuropean kingdom of Ruritania. The name Ruritania has since become a synonym for a romanticized fictional country full of swashbuckling court intrigues.

Hope’s stylized adventure stories set off a series of imitators that came to be known as the genre of “Ruritanian romance” –novels set in modern day fictional royal courts with romantic entanglements, murders and double-crossees.

Hope himself was an Oxford-trained barrister who had been a pupil of future British Prime Minister H. H. Asquith at the Inns of Court. Hope himself stood for Parliament in 1882 as a Liberal but did not win.

He wrote 32 novels and collections of short stories throughout his life and the success of Zenda and Hentzau enabled him to leave the legal profession in his late thirties an devote himself to writing full time. 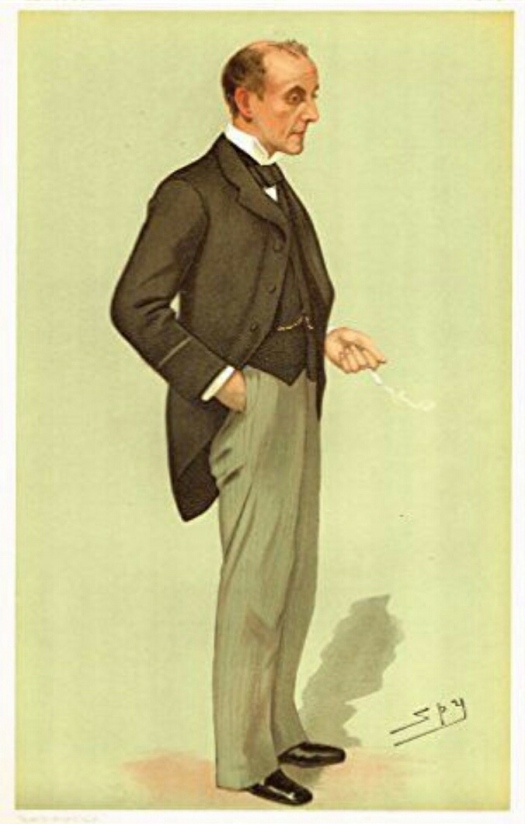 His novels were often witty social and political satires and whimsical tales. The Prisoner of Zenda is the story of a layabout British aristocrat, Rudolf, who is visiting Ruritania for the coronation as king of his distant cousin Prince Rudolf.

Due to some dynastic intrigue Prince Rudolf is kidnapped before the coronation and Rudolf, who looks identical to him, is drafted by the loyalists to impersonate him. Rudolf does so, but at the same time falls in love with Princess Flavia who is set to marry Prince Rudolf. I’ve read it and it is great fun.

The novel has been adapted as a stage play, an operetta and in several movie versions including the 1937 classic starring Ronald Coleman as Rudolf/Rudolf and Douglas Fairbanks, Jr. as the villainous Rupert of Hentzau. The 1993 Ivan Reitman comedy Dave, starring Kevin Kline and Sigourney Weaver, is a loosely based modern adaptation.

Sir Anthony Hope Hawkins was known for his courtly demeanor and elegant attire and for his witty conversational style. He died in 1933 at the age of 70.