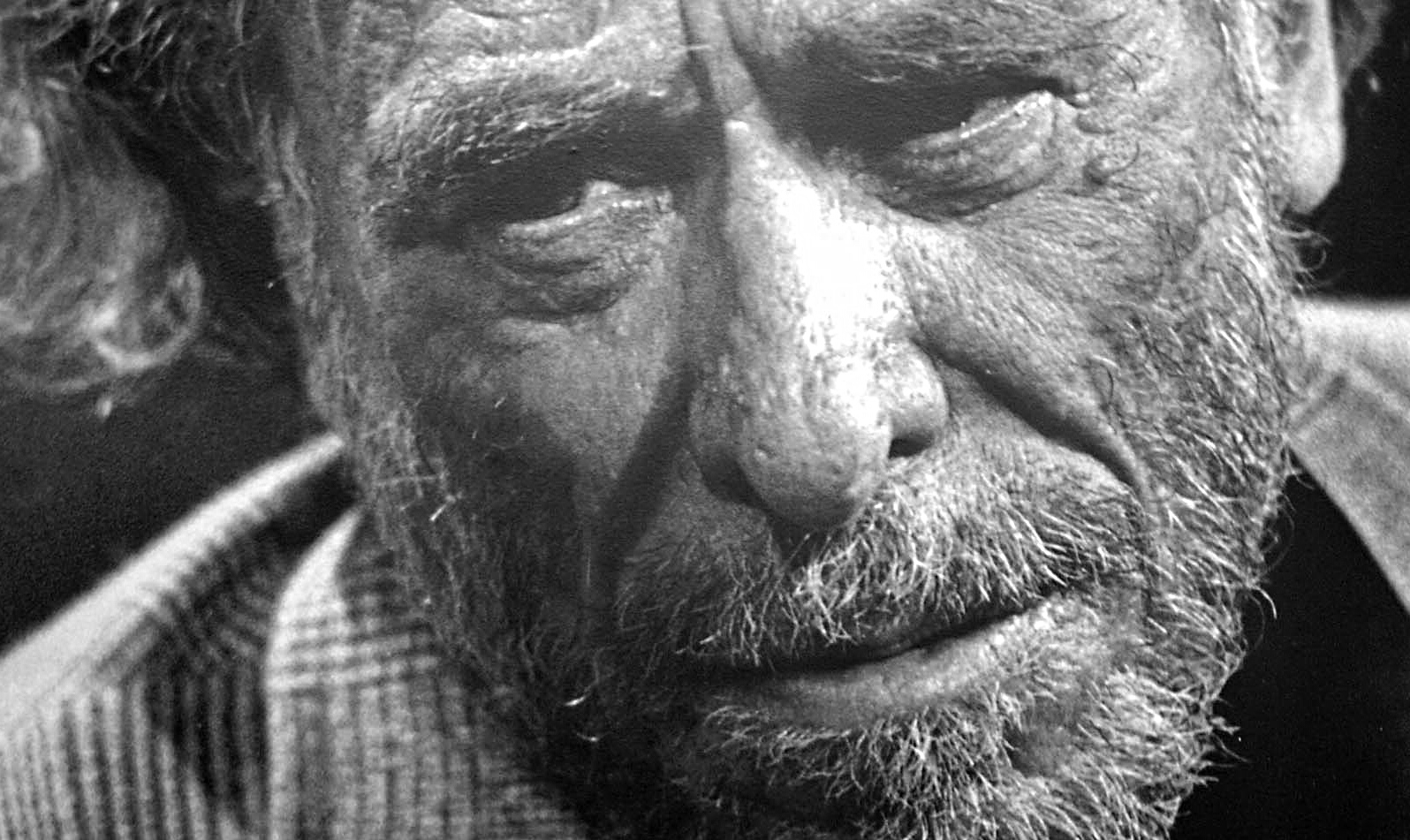 The American poet and novelist Charles Bukowski was born in Germany on August 16, 1920 as Heinrich Karl Bukowski.

His father was a German-American who served as a sergeant in the American army during World War I and with the army of occupation in Germany after the war. After leaving the services he stayed on in Germany, working as a building contractor and marrying a German woman, Bukowski’s mother. He returned to America with his wife and son in 1923. 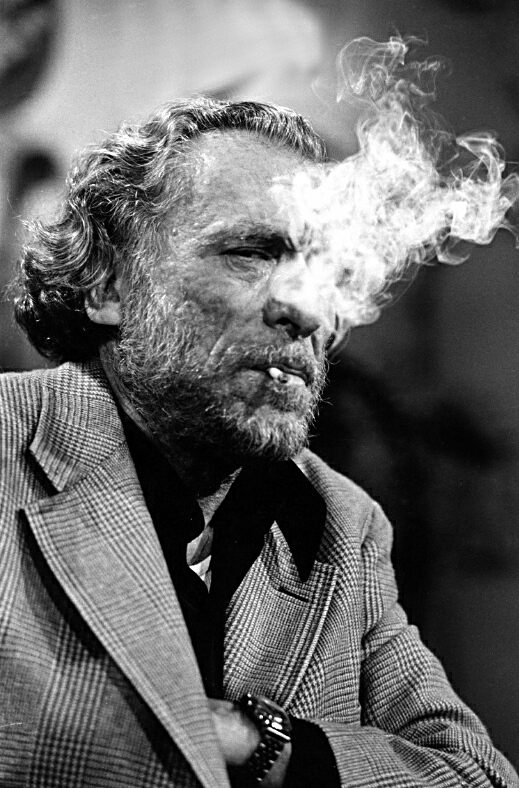 Bukowski grew up in Los Angeles during the Depression. His father was often unemployed and beat him. Young Bukowski was teased for his German accent and the bad case of acne that left him scarred for life. He described his childhood in the 1982 novel Ham on Rye, one of a series of six autobiographical novels featuring his alter ego Hank Chinaski.

While writing and submitting short stories and poems to small literary magazines, Bukowski worked a series of menial factory jobs in various American cities and long stints as a mail carrier and postal clerk (which he describes in his first novel, Post Office, in 1971).

Bukowski was 49 years old when he quit his post office job to be a full time writer. He was published by the small independent publishing house, Black Sparrow. Even as his fame grew and he had offers from larger more mainstream publishers Bukowski remained loyal to Black Sparrow and other independents. 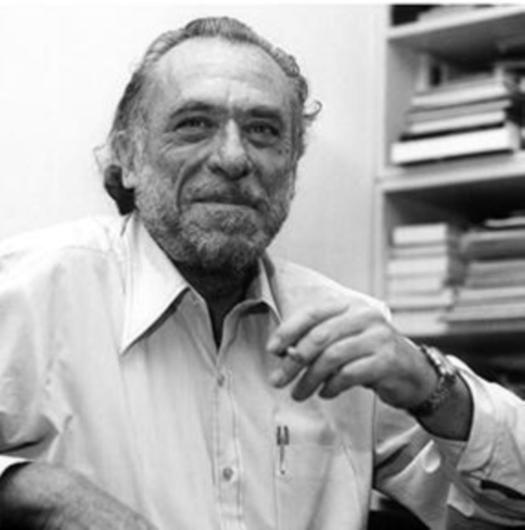 His writing — short stories, poems, novels and his newspaper column “Notes of a Dirty Old Man” — is mostly concerned with the problems and indignities of work, problems with women and, above all, the joys and sorrows of alcohol. Those close to Bukowski like to stress that the character he portrayed in his writing and public appearances was just that, a character. His persona was an exaggerated version of the real Bukowski. 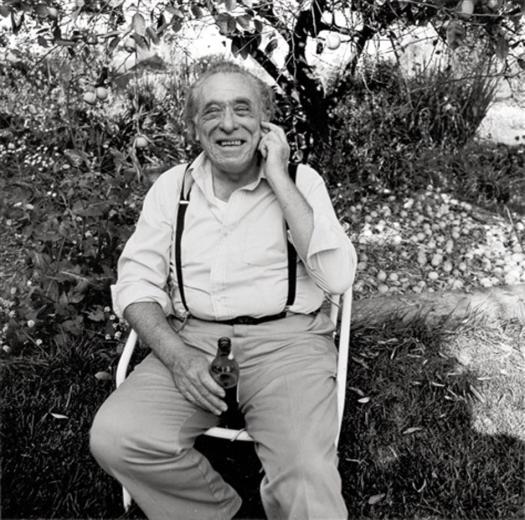 Still, sexism and alcohol abuse were a big part both of Bukowski’s persona and his real life. His friends say that his heavy drinking was a consequence of his unhappiness with his life. It is telling, they say, that late in his life when he found financial security thanks to the movie based on his life, Barfly, his drinking declined dramatically.

Bukowski died from leukemia in 1994 at the age of seventy-three.