Vita Sackville-West, the Bloomsbury era novelist, poet and memoirist died on June 2, 1962 at the age of 70 at her home in Sissinghurst Castle in Kent, England. She wrote 13 novels during her life and the was the inspiration for the title character of the novel Orlando by Virginia Wolff, one of her many lovers. 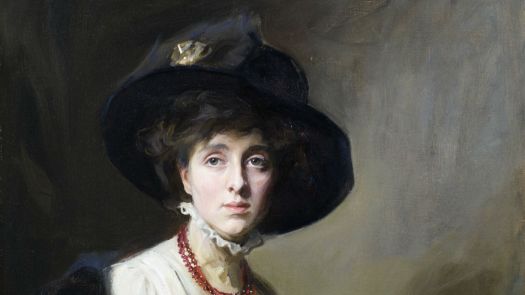 Sackville-West had numerous love affairs with women, but in 1913, at the age of 21, she married the diplomat Sir Harold Nicolson, who was also bisexual but primarily gay. Nicolson went on to be a historian, biographer and Member of Parliament. He has become famous for his series of published diaries, describing the behind the scenes intrigues of political life and his many friends in government, academia and the arts.

In 1930 the couple bought Sissinghurst Castle. The creation of its famous and elaborate gardens became one of Sackville-West’s lasting contributions and it is now owned by Britain’s National Trust. Harold and Vita also had two sons. One of them, Nigel Nicolson, was also a historian and Member of Parliament and cofounder and director of the prestigious publishing house Weidenfeld and Nicolson.

In 1973 Nigel Nicholson took the decision to publish Portrait of a Marriage, compiled from his mother’s journals and letters and the memoirs that she couldn’t publish during her lifetime, as well as his own recollections. In it Vita describes her and Harold’s gay love affairs and unconventional open marriage. Nigel comments on how his parent’s liberal sexual views contrasted with their snobbish aristocratic lifestyle and his father’s brief flirtation with fascism.

Vita and Harold were participants in the world of the Bloomsbury Group, especially Vita during her long and intense affair with Virginia Wolff. Sackville-West was the more commercially successful writer at the time and chose to be published by Wolff’s independent Hogarth Press.