On the cover of Christine Mangan’s heavily hyped debut novel Joyce Carol Oates compares her to Donna Tart, Gillian Flynn and Patricia Highsmith. Unfortunately those comparisons are a little overripe. Tangerine is a very assured first novel but it has enough faults and lack of depth to keep it out of the ranks of really satisfying psychological thrillers. I enjoyed reading it but felt let down by it far too often.

It begins with a short Prologue where an unnamed woman in what appears to be a psychiatric hospital in Spain imagines a man’s body being pulled from the sea, it’s eyes having been pecked out by magpies. Much later in the book we learn who the man is and at the very end we learn who the woman is. 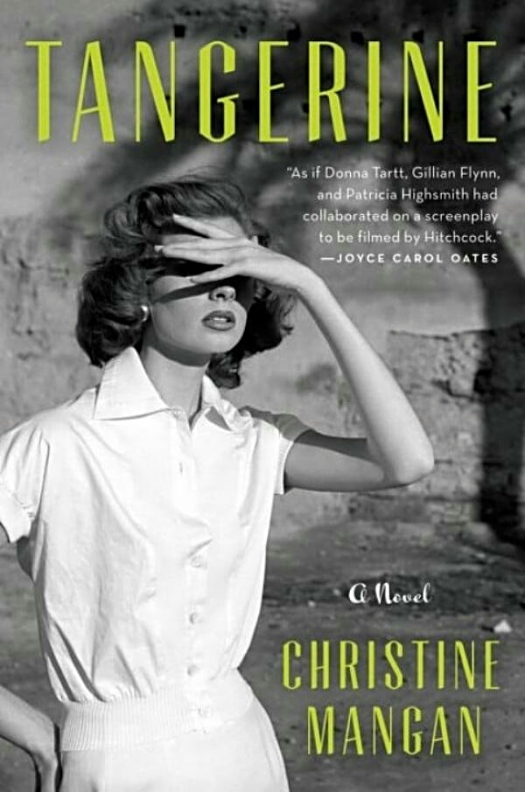 As for the woman, there are really only two candidates. The novel is told in alternating first person narratives by April Shipley and Lucy Mason, twenty year-old former roommates at Bennington College in Vermont, now re-united in Tangier, Morocco in 1956 after a year’s separation. As is the fashion post Gone Girl, both Alice and Lucy are highly unreliable narrators.

We learn that Alice and Lucy had bonded at college and were inseparable until an “incident,” an “accident,” something that “happened in the cold, wintry Green Mountains of Vermont,” after which the two separated on very antagonistic terms. (Mangan has her characters coyly keep us wondering a little longer than necessary about this momentous event, so that when the reveal finally comes it feels a bit anticlimactic.)

Alice is British and her wealthy parents died in a fire that she may or may not have been responsible for. She receives a hefty Trust Fund allowance from her guardian, her Aunt Maude. She is timid, fragile and anxious. Lucy, on the other hand is American, outspoken, fearless, even brazen. She is a poor scholarship student who is also an orphan (or at least that’s what she tells Alice.)

After the “event” Lucy disappears to New York and Alice impulsively marries a charming lout named John who whisks her away to Tangier where he works at an undefined job and runs through Alice’s Trust Fund cheques, smoking kif and playing around with a beautiful young girl named Sabine. Alice, clearly in precarious mental health, spends almost all of her time indoors until one day Lucy turns up unannounced at her doorstep for a stay of undetermined length. 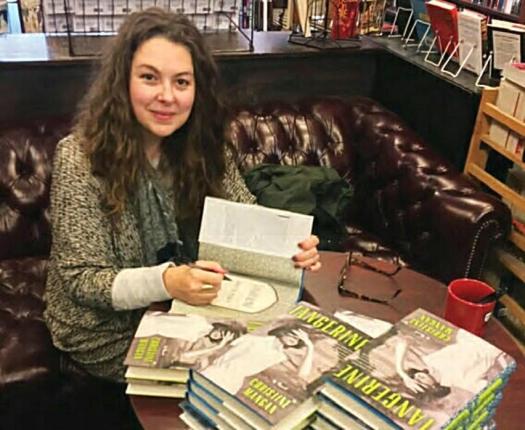 Lucy, who seems to be modelled on Highsmith’s Tom Ripley, has long been manipulating and playing head games with Alice with whom she is clearly in love. Herself not jn the best mental health Lucy plans to whisk Alice away from John’s clutches and live with Alice in Paris or some other romantic spot. The sparring between Lucy and John (who quickly spots Lucy as “one of those kind of women”) is well handled and great fun. Unsurprisingly, John loses the sparring match and he winds up as the eyeless corpse we meet in the Prologue.

The last quarter of the book is by far the best. Lucy’s deviousness and unhinged plans wear Alice down to the point where she doesn’t know what to believe anymore and the plot quickens to a frantic pace.

Mangan uses the dusty, crowded and humid Tangier locale to good effect as a mirror of Lucy and Alice’s fevered minds. There is also a hint of rebellion and change as Morocco is on the verge of independence from its French colonial masters, and this echoes Lucy’s hopes of “liberating” Alice from John’s hold.

The 1950s setting also makes Alice’s dependence on John, despite her wealth, plausible and it makes the homoerotic tensions more charged and clandestine than they might be today.

The writing in the novel is vivid and descriptive but it is also unvaried. Lucy and Alice both narrate their chapters in identical voices and I found myself occasionally having to check to see which one was speaking. To an extent this might be Mangan’s intention, since one of the novel’s subjects is identity and disguise. John definitely leads a double life and Lucy in particular is fond of adopting false personas, especially Alice’s. We are told repeatedly by Lucy that she and Alice are the same person.

The movie rights to Tangerine were famously bought by George Clooney’s production company even before the novel was published, with Scarlet Johansson set to play Alice. I hope success doesn’t spoil Mangan too much. This accomplished but flawed debut points to great potential for her as a writer.