The novelist Carson McCullers was born in Columbus, Georgia on February 19, 1917. Although she lived much of her life in New York her books are usually referred to as Southern Gothic, which I think is a bit misleading. Her novels are set in the American south but they are are all realistic and free from southern stereotypes.

She grew up in the southern culture, but her novels aren’t concerned with southern life as peculiar or against the grain of American life in general. Her descriptions don’t stand against an “other” ideal, they simply describe her world as it was.

I first read The Heart is a Lonely Hunter and A Member of the Wedding when I was young and adored them. McCullers books aren’t plot driven but she let her characters come alive through description and internal dialogues.

McCullers herself left Georgia at the age of 17 to study piano at Juilliard in New York, but rheumatic fever forced her to return home. She went back to New York the next year with the goal of becoming a writer. She published her first book, The Heart is a Lonely Hunter, at the age of 23. 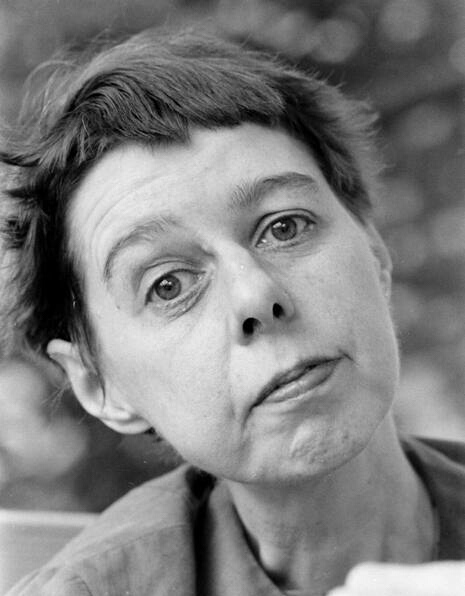 McCullers’s personal life was highly confused. Her husband Reeves McCullers was gay, and lived with his partner after he and McCullers divorced. McCullers was herself open about being a lesbian but despite having many crushes, according to her biographer she never actually consummated her desires.

McCullers made many friends in the gay literary world, such as Tennessee Williams, Truman Capote and Gore Vidal, who promoted her work. On the personal level McCullers had many health concerns, including a stroke that left her partially paralysed on her left side. She also suffered from alcoholism throughout her life. She died in 1967 at the age of fifty.