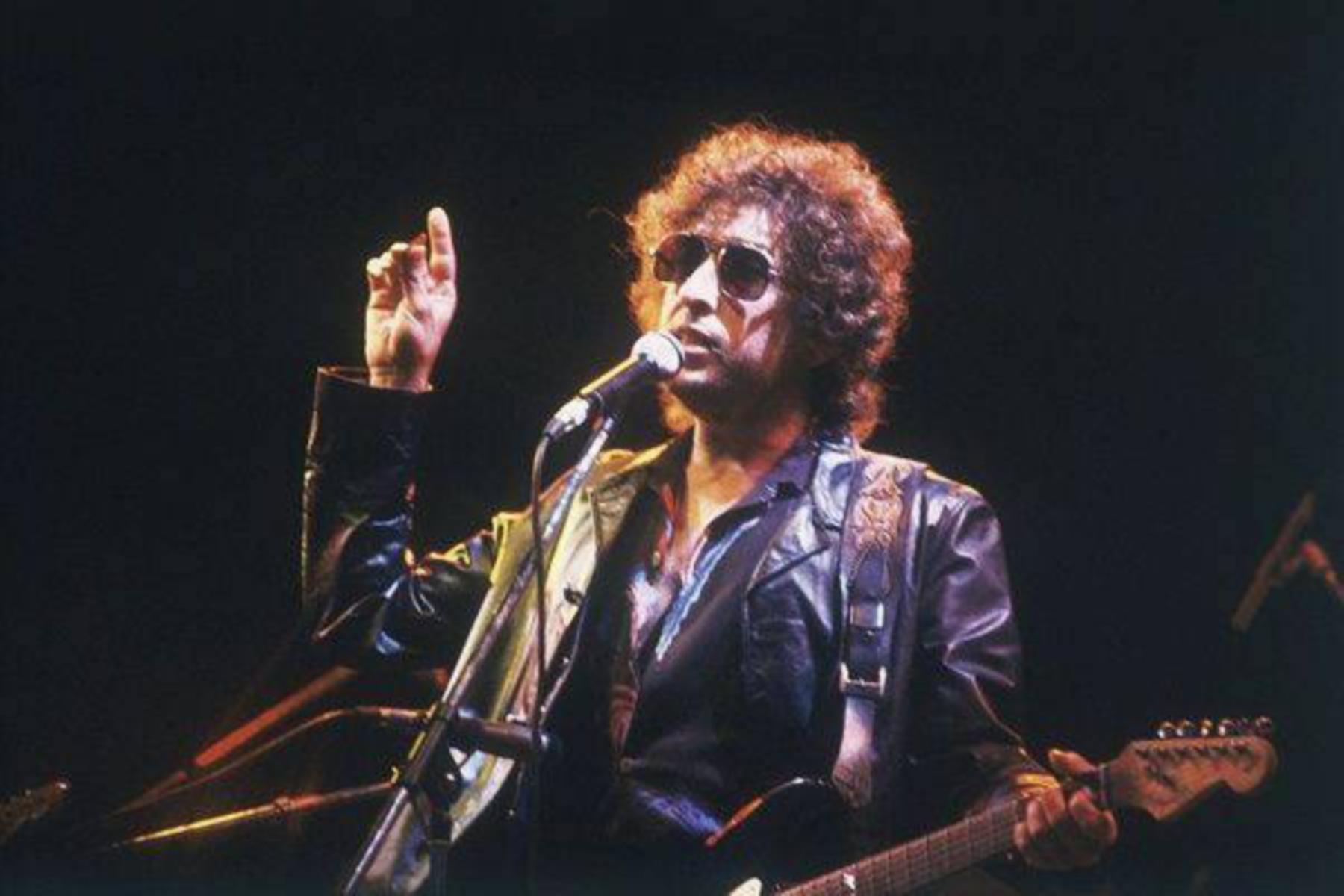 I’m too young to remember when Dylan went electric in 1965, but I am old enough to remember the shock and dismay many of us fans felt when Dylan “found Jesus” at the tail end of the 1970s.

I was in university then and had followed Dylan’s career path both in real time (buying and obsessing over each new album) and in retrospect (buying and devouring all of his back catalogue) but nothing prepared me for his smug new black-and-white worldview. “Ya either got faith or ya got unbelief and there ain’t no neutral ground,” was his unsubtle new message. 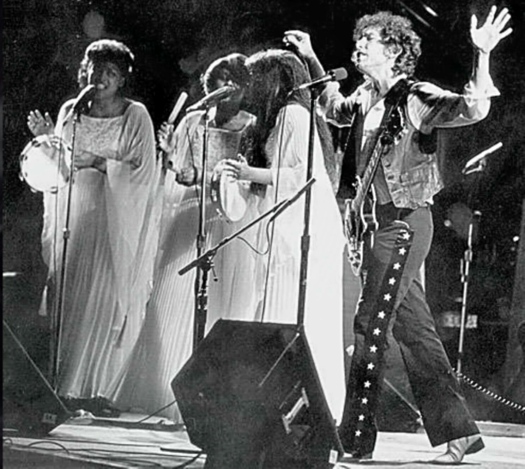 This period of heavy handed evangalism (with a few gems like “Every Grain of Sand” here and there) is a time many fans prefer to forget.

After using The Bootleg Series of CD box sets to help ensure Dylan’s spot as the pre-eminent singer songwriter of his generation, Dylan and his producers at Sony have now begun to use the series to rehabilitate some of the more problematic periods of the great man’s long career.

Longtime Dylanologist Clinton Heylin, author of ten highly detailed books about Dylan since 1990, has timed his latest book to the release of the new Bootleg Series set. Trouble In Mind is a chronological journey through Dylan’s live performances and three studio albums during his Christian period.

Like all of Heylin’s work the new book is both absorbing and infuriating. His style takes a bit of getting used to. He often switches from a dryly factual narration to periods of joking familiarity and tends to pepper his sentences with allusions to Dylan lyrics as if he can’t quite help himself, like an unfunny person addicted to obvious puns. He also refers to Dylan’s very talented and seasoned backup singers with the (invented) sexist collective term “Girlsingers.”

Heylin is an unflagging researcher though, and he has dug deeply into Dylan’s creative process in putting his songs, albums and elaborate stage shows together. He’s been through the archives, listened to all the tapes and done some  new interviews.

Still, Heylin is less interested in the “why” of Dylan’s conversion than he is on chronicling the “who, what, when and where” of band personnel, recording dates and touring schedules. This makes the book an invaluable reference source, but it can also be a bit of a slog when read straight through. 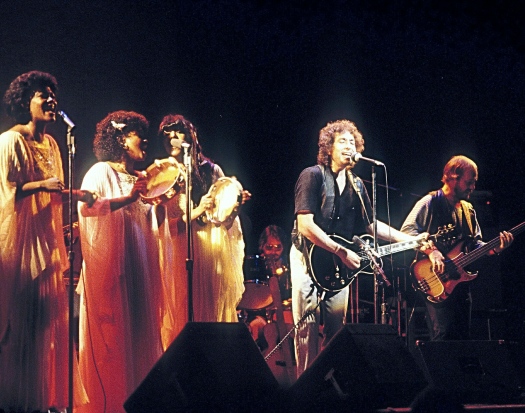 Apart from the endless lists and fussy details that have earned Heylin the reputation of being a “trainspotter,” Heylin does have a case to make. He believes that Dylan’s musical output in his born again years “more than matches any commensurate era in his long and distinguished career.”

Needless to say, this is decidedly a minority view among Dylan fans, verging on the heretical. To Heylin’s credit, reading Trouble In Mind alongside listening to the new Bootleg Series set (even if you can only afford the cheaper two-CD version) does illustrate the growth in Dylan’s performances as he finds the right mixture of passion and strength.

Heylin is very good at highlighting Dylan’s growing confidence in his message and the care he took to get the sound he wanted, at least on the live shows. Heylin is at his best when describing Dylan’s ideosyncratic working methods.

But, and this is a very big but, Heylin can’t do much to make Dylan’s unpleasant lyrics any more palatable. Dylan’s message keeps boiling down to “the end of the world is just around the corner, so follow Jesus like I did or burn in hell forever,” the message that he learned from The Vineyard Fellowship and their favourite evangelist, the apocalyptic crackpot Hal Lindsey, author of The Late Great Planet Earth and Satan is Alive and Well on Planet Earth. 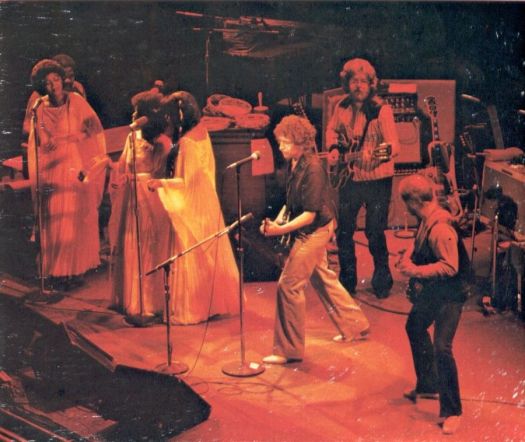 The Beat poet Lawrence Ferlinghetti is quoted as saying after hearing Dylan sing “Gotta Serve Somebody” in San Francisco: “The whole point of the sixties is that we were free of all these old prejudices and ideologies. That’s what we struggled for: you don’t have to serve anybody.”

Heylin doesn’t delve too deeply into why Dylan’s conversion to a narrow-minded fundamentalism occured when it did. He just accepts it. If you’re looking for deep insight into Dylan’s soul this isn’t the book for you, but if you want the flavour of the chaos and vitality that went into the making of Dylan’s gospel era music, you will find this book invaluable.