The Roman poet Virgil was born on October 15th, 70 BCE. He is considered to be the “Poet of Rome” for his most famous work, the epic poem the Aeneid, which tells the mythical story of Rome’s founding by the family of the Trojan prince Aeneas.

Virgil was traditionally believed to have come from a peasant background. The truth is that most traces of his early life have been lost. Modern scholars think that Virgil’s full name, Publius Vergilius Maro, indicates that he came from the “equestrian” or business and administrative class. 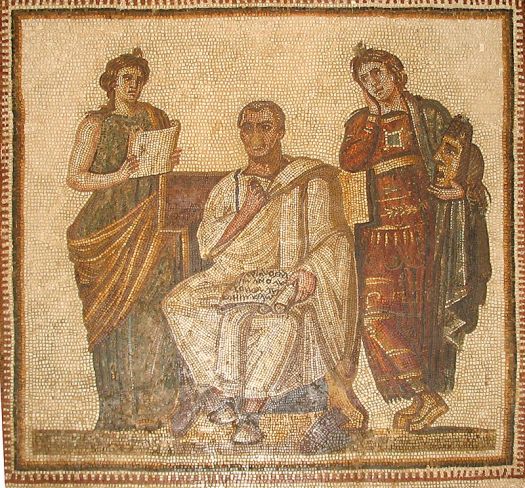 The Aeneid starts with the Trojan War of Homer’s Iliad and Odyssey. His hero Aeneas is one of the few Trojans to survive the siege. He flees Troy and lands in Italy. His descendants, the twins Romulus and Remus, will become the founders of Rome. 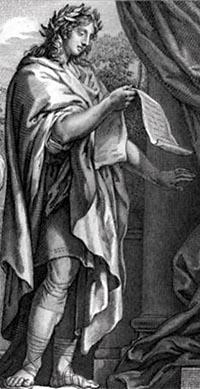 The Aeneid is generally thought to have been commissioned by the new emperor, Augustus, who ushered in a peaceful era in Rome after the Civil Wars. The Aeneid is full of Virgil’s flattering foreshadowings of August’s greatness.

There is a famous but unproven story that Virgil read the epic poem aloud to Augustus and his family as he wrote it and that at one point during the reading of Book VI Augustus’s sister Octavia fainted. It became a popular subject in art, as in the painting by Jean-Baptiste Wicar at the top of this post.

Dante later made Virgil his guide to Hell in the Purgatorio book of The Divine Comedy.