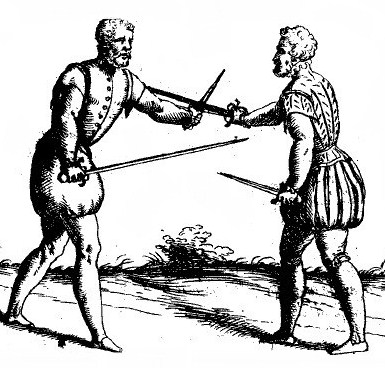 On September 22, 1598, playwright Ben Jonson killed a prominent young actor named Gabriel Spencer in a duel near Hogsden Fields in Shoreditch, London. No one knows for certain what the duel was about, but two years earlier Spencer had stabbed a man to death in a brawl and was let off after pleading self-defence.

The cause of the duel most probably stemmed from a scandal in 1597 when Jonson co-wrote a satirical play with Thomas Nashe called The Isle of Dogs in which Spencer appeared.

The Privy Council declared the play to be seditious and ordered the arrest of the entire company, The Earl of Pembrooke’s Men.

Only Jonson, Spencer and another actor were taken into custody and they spent eight weeks in Marshalsea Prison. The Earl of Pembrooke’s Men was forced to disband, meaning that Spencer had to find a new company of players. Presumably, he blamed Jonson for the whole mess.

Johnson killed Spencer with a six inch deep blow to his side, although he later claimed that Spencer had shown up with a sword 10 inches longer than agreed upon. 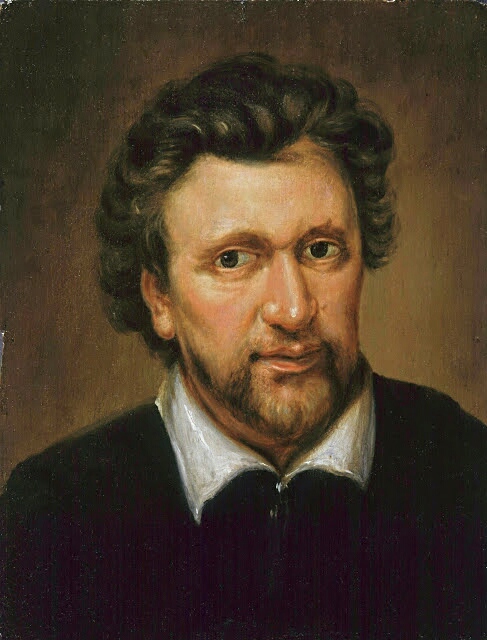 Jonson was arrested and tried at the Old Bailey where he pleaded guilty. He avoided being executed by invoking what was then known as “the benefit of clergy,” whereby a defendant who could read and write Latin could opt to be sentenced by a Church court.

Jonson had to forfeit all of his possessions and be branded on his thumb as a murderer.

Jonson’s first major play, Every Man in His Humour, had been staged earlier that year and he went on to write many satirical plays such as Volpone, or The Fox, The Alchemist and Bartholomew Fair. He is considered one of the great playwrights of his time, second only to his friend and rival William Shakespeare. He died in 1637 at the age of 65.