Canadian cartoonist and graphic novelist Seth was born on this day in 1962 as Gregory Gallant in Clinton, Ontario.

He has been producing cartoons and comic work for years, but I really only started to pay attention to him recently. I have to admit that although I love cartoons I’m not terribly up on graphic novels. 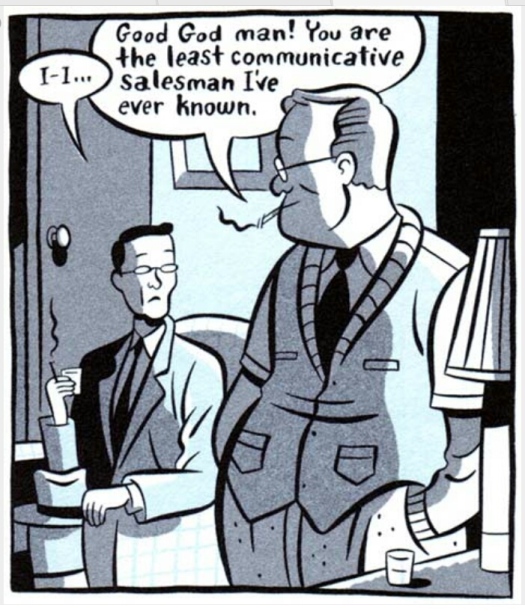 Seth clearly loves the old-style New Yorker cartoons from the 1930s. (He has actually done several New Yorker covers himself.) He also loves old books and basically anything from the Depression era.

His stories are simple but gritty, usually with heroes battling against modernity and conformity, like the two brothers who own a sinking electric fan company in the face of the new air conditioning technology in Clyde Fans or the hero of It’s a Good Life, If You Don’t Weaken, based on himself, who becomes obsessed with the fate of a failed cartoonist from the 1930s. 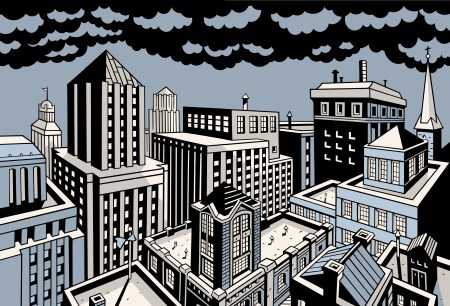 Check him out, if you aren’t already miles ahead of me.